The winning postdoctoral researchers include a cancer biologist, a materials chemist, and a condensed matter physicist

NEW YORK – September 21, 2021 – Honoring outstanding postdoctoral scientists from academic research institutions across New York, New Jersey, and Connecticut, the Blavatnik Family Foundation and the New York Academy of Sciences announced the three Winners and six Finalists of the 2021 Blavatnik Regional Awards for Young Scientists. The announcement comes during National Postdoc Appreciation Week. The Blavatnik Regional Awards recognize researchers in three scientific categories: Life Sciences, Physical Sciences & Engineering, and Chemistry. A distinguished jury of leading scientists and engineers from across the New York region selects one Winner in each category who will receive a $30,000 unrestricted prize and two Finalists in each category who will be awarded $10,000. In the 2021 competition, there were 152 outstanding nominations from 24 academic institutions in the New York metropolitan region (Tri-State area). Due to the COVID-19 pandemic, the 2021 Blavatnik Regional Awards Winners and Finalists will be honored at the 2022 New York Academy of Sciences Annual Gala.

The 2021 Blavatnik Regional Awards Winners are: 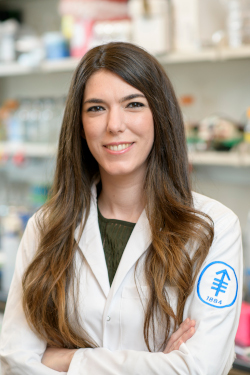 Cancer commonly arises in damaged tissues and is often referred to as a “wound that never heals”. Cancer biologist Direna Alonso-Curbelo investigates the similarities and differences between wound healing and tumor development to better understand the initiating events of cancer. By comparing the responses to tissue damage of normal cells and those harboring a cancer-initiating mutation,Alonso-Curbelo discovered a mechanism that explains how the most common gene mutation that causes pancreatic cancer co-opts otherwise reparative processes to fuel tumor initiation. This discovery uncovers fundamental knowledge on the complex interactions between environmental and genetic risk factors that contribute to disease, and paves the way for the earlier detection and treatment of cancer. 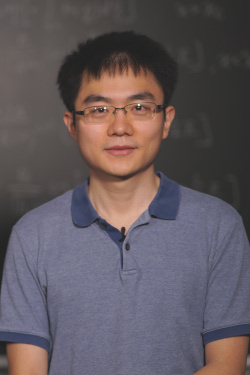 Condensed matter physicist Chenhao Jin has established himself as an exceptional young experimentalist in a new area of physics known as two-dimensional materials. His research on two-dimensional van der Waals materials and heterostructures has led to many exciting experimental discoveries, including the discovery of new types of quantum phases and the development of an innovative, energy-efficient memory storage device. Jin has also developed several innovative optical techniques to capture the physics displayed by these 2D materials. Jin recently transitioned to a tenure-track position at the University of California, Santa Barbara. 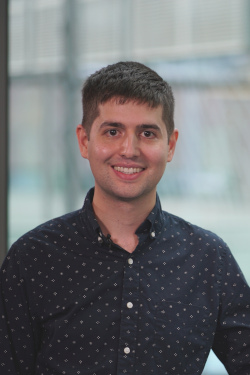 Materials chemist Daniel Straus challenges assumptions about how materials form and behave, finding new ways to synthesize materials for efficient chemical production and energy generation. Straus identified a structural instability in a promising new solar cell material, known as cesium lead iodide. His discovery lays a foundation for the possible development of a new type of stable solar cell made from this material. Straus has also demonstrated a new technique to make chiral, or asymmetric, materials from very simple non-chiral molecules. These chiral materials could be valuable as biological sensors or catalysts for chemical manufacturing.

“On behalf of the Blavatnik Family Foundation, I congratulate this year’s postdoctoral Winners and Finalists,” said Len Blavatnik, Founder and Chairman of Access Industries, head of the Blavatnik Family Foundation, and member of the President’s Council of the New York Academy of Sciences. “These young scientists are working at the forefront of science and technology in the New York area, one of the most dynamic and innovative scientific regions in the world. We proudly salute their academic excellence and await their many future scientific achievements.”

Nicholas B. Dirks, the New York Academy of Sciences’ President and CEO, said: “The pandemic—and the increasing evidence of climate change—are not just global crises, but dramatic reminders of the importance of the work of brilliant young scientists like these Winners and Finalists of the 2021 Blavatnik Regional Awards. We will rely on new generations of scientists to help us understand and find new solutions to these and many more challenges. The Academy is proud to honor these rising postdoctoral stars from the New York Tri-State region.”

The following postdoctoral researchers have been named Finalists in their respective categories: 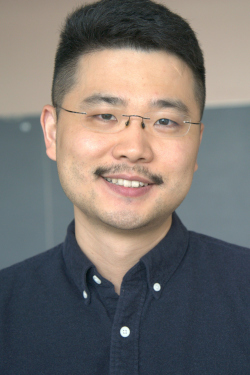 Biologists aspire to understand every gene’s contribution to an organism’s biology and behavior. Microbiologist Wenyan Jiang has helped repurpose the CRISPR-Cas system, an immune system of many bacteria, and co-opt it to upgrade the way many scientists control and examine the genome. Jiang developed a groundbreaking tool called CRISPR Adaptation-mediated Library Manufacturing (CALM), which exploits CRISPR RNA, a type of RNA naturally found in bacteria. CALM has enabled scientists to quickly determine the causal link between genes and bacterial behaviors such as antibiotic resistance and pathogenesis and pave the way for developing new, effective antimicrobial drugs. 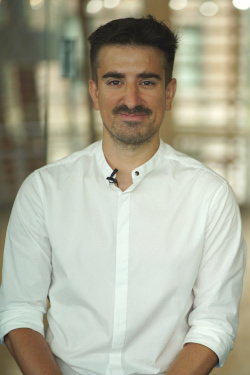 Immunologist Luka Mesin uses novel techniques to better understand how B cells in our immune system mature and evolve to create antibodies to fight off pathogens. Upon immunization or infection, the body selects specific B cells based on their antibody’s ability to bind to the invading pathogen. In addition to Mesin’s discovery that the immune system invests in the evolution of B cells that produce strongly-binding antibodies, he found that the immunization results in a selection of B cells that produce weakly-binding antibodies. This diversity of B-cell selection prepares the immune system to fight a mutated version of the pathogen. As new variants of COVID-19 emerge, understanding antibody production and selection is more relevant than ever, particularly when designing booster COVID-19 vaccinations. 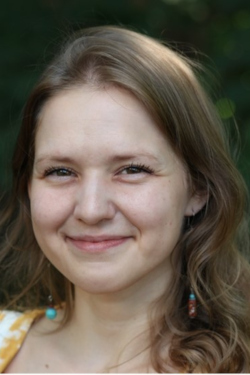 Physicist Irina Petrushina has made tremendous contributions to the field of modern accelerator physics. An accelerator is a device used to propel charged particles, such as electrons, to extremely high energies; they are vital to answering fundamental questions in high energy physics. Her work on the new “photo-gun” design dramatically improved the performance of superconducting radiofrequency accelerators and prompted the accelerator community to re-imagine this evolving technology. Petrushina has also made incredible experimental breakthroughs on another accelerator technology¾laser wake field accelerators (LWFAs)¾designing the diagnostic tool capable of analyzing the critical properties of plasmas in LWFAs. 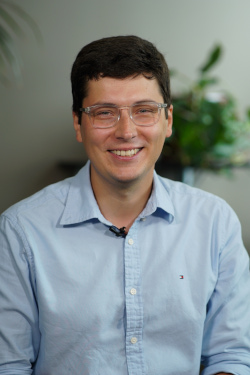 Optical physicist Maxim Shcherbakov works with a special class of artificial materials, known as semiconductor metamaterials that manipulate light in fascinating ways. He has utilized common semiconductor materials, like silicon and germanium, to engineer metamaterials that display new optical properties. Shcherbakov has made several important discoveries, including the first experimental observation of photon acceleration that changes the frequency of light. His groundbreaking scientific discoveries will impact many technologies, from telecommunications to quantum computing. Shcherbakov has recently transitioned to a tenure-track position at the University of California, Irvine. 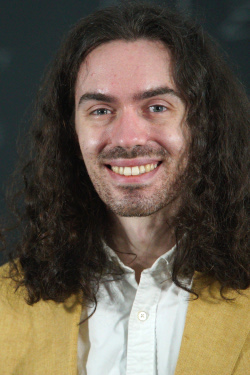 Bridging the fields of chemistry and computer science, theoretical chemist Erik Henning Thiede is upgrading how scientists simulate the behavior of molecules by using machine learning to make simulations more efficient and accurate. Thiede is designing specific neural networks—artificial decision models that mimic neurons in the brain—that reflect the geometric properties of real molecules. These new tools will make it possible to simulate systems of molecules to unprecedented accuracy. Thiede’s work will accelerate the development of new chemistries for chemical synthesis, energy storage, and drug delivery. 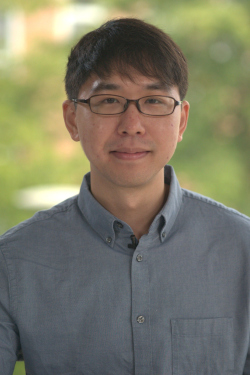 Chemical engineer Xiaoming Zhao is spearheading new efforts to design and manufacture solar cells out of alternative materials, known as “perovskites,” that may be less expensive and more efficiently produced than current silicon-based technology. By developing a processing method to layer perovskites with carbon-based semiconductors, he has built so-called “hybrid” two-dimensional solar cells with record-breaking efficiency and high stability after repeated use, which has previously been difficult to achieve with perovskite cells. Zhao is now working to eliminate toxic chemicals from his solar cells, preparing them for commercialization.

About the Blavatnik Awards for Young Scientists

The Blavatnik Awards for Young Scientists, established by the Blavatnik Family Foundation in the U.S. in 2007 and independently administered by the New York Academy of Sciences, were first awarded in 2014. In 2017, they were expanded to honor faculty-rank scientists in the United Kingdom and in Israel. By the close of 2021, the Blavatnik Awards will have awarded prizes totaling $11.9 million. About 60 percent of all recipients are immigrants to the country in which they were recognized and hail from 47 countries across six continents, reflecting the Blavatnik Family Foundation’s recognition that important science is a global enterprise. For updates about the Blavatnik Awards for Young Scientists, please visit www.blavatnikawards.org and follow on Twitter and Facebook @Blavatnikawards.

About the Blavatnik Family Foundation

The Blavatnik Family Foundation is an active supporter of world-renowned educational, scientific, cultural, and charitable institutions in the United States, the United Kingdom, Israel, Russia, and other countries throughout the world. The foundation is headed by Len Blavatnik, a global industrialist and philanthropist and the founder and chairman of Access Industries, a privately held industrial group based in the U.S. with global strategic interests. Visit www.accessindustries.com or www.blavatnikfoundation.org.