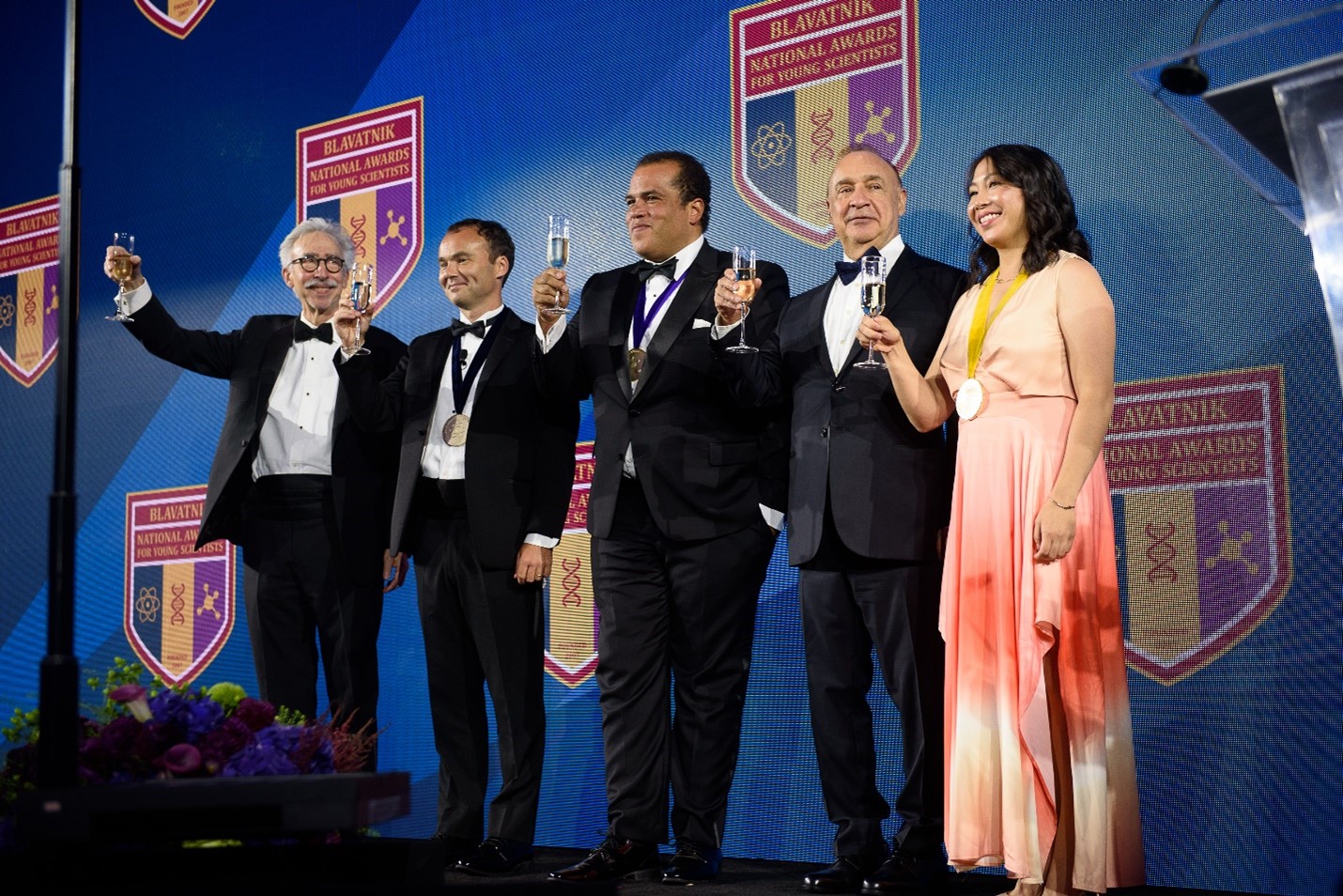 During his opening remarks, Prof. Young called the Blavatnik Awards essential to risk-taking, innovative science: “Do we want our freshest minds playing it safe? Or exercising their creativity and scientific imaginations without limits and at their full capacity? The freedom to take risks, asking big, complicated or leftfield questions without worrying about failure; and being able to do this near the beginning of your career… that is exactly the spirit behind these awards. Which is why I said earlier, the Blavatnik Awards are not only valuable – they are essential.” He concluded by introducing the President of the New York Academy of Sciences, Professor Nicholas B. Dirks.

Prof. Dirks remarked on the influence the Blavatnik Awards have made since their inception in 2007. “With the program in its 16th year, I would like to take this moment to reflect on its extraordinary reach and impact – which extends far beyond the walls of laboratories and universities. In fact, I’d say the work of Blavatnik honorees has personally touched the lives of each of us here tonight, in ways we may not even realize.” He reflected with a short slide presentation on the contributions of fifteen past Blavatnik Awardees’ research that have gone on to produce groundbreaking discoveries—from improving COVID testing to consulting on blockbuster motion picture films and designing therapeutic video games that treat ADHD, to developing new fabrics that reduce the need for air conditioning.

2022 Laureate in Life Sciences, Elaine Y. Hsiao, Ph.D., a neurobiologist at the University of California, Los Angeles, gave a talk on the connection between the gut microbiome and the nervous system, and how her discoveries could help improve maternal-fetal health and predict risk for neurodevelopmental disorders.

Hosea M. Nelson, Ph.D., a synthetic chemist at the California Institute of Technology, spoke about his technique that helps organic chemists design and synthesize new molecules. Nelson has pioneered microcrystal electron diffraction (MicroED) as a tool to determine the positions of atoms within small molecules with unprecedented detail. Resulting insights can help accelerate development of new drugs and commercial chemicals.

Conor Walsh, Ph.D., a biomedical and mechanical engineer at Harvard University, shared his research in the development of a new class of lightweight, flexible and soft wearable robot technologies. This could dramatically improve mobility for disabled people, including people with ALS and those who have experienced a stroke.